One veterinarian was cautioned and fined as a result of her advice given in the management of a dog presenting after ovariohysterectomy with surgical wound dehiscence and herniation of omentum. The veterinarian had advised that the dog’s prognosis was poor as she suspected intestinal trauma and euthanasia was recommended without clinical evidence to support this diagnosis or prognosis.   A finding of unsatisfactory professional conduct in breach of the Veterinary Practice Act 2003 (s 35(k)) was made as the management of this case demonstrated a lack of skill, knowledge, judgment or care in the practice of veterinary science.

A second veterinarian was cautioned and fined after failing to obtain the client’s consent for the number of extractions performed in the course of dental treatment of a dog. Twelve teeth were extracted during treatment when the owner had been previously advised that few extractions were likely to be necessary. No attempt had been made by the veterinarian to contact the owner to discuss the planned extent of treatment after the dog’s mouth had been examined under general anaesthesia.

The Board has previously published recommendations in Boardtalk April 2014 that state, where practical, the owner must be given the opportunity to provide consent for the extent of any dental treatment.  A finding of unsatisfactory professional conduct in breach of the Veterinary Practice Act 2003 (s 35(k)) was made as a result of the failure to obtain the owner’s consent for the extent of dental surgery performed demonstrating a lack of skill, judgement or care in the practice of veterinary science.

A third veterinarian was cautioned and fined after a dog in his care died overnight in an unattended veterinary hospital. The dog had been admitted for treatment earlier in the day after having been found collapsed at home. The dog had improved after treatment was started with intravenous fluids but the cause of the dog’s clinical signs had not been determined and the veterinarian recommended continued hospitalisation.

The dog was found dead in her cage the following morning when staff reopened the hospital. The dog’s owner advised that she was unaware that the dog would be left unattended for 14 hours and that she would have opted to take her dog home for ongoing care if she had known this.  A finding of unsatisfactory professional conduct in breach of the Veterinary Practice Act 2003 (s 35(k)) was made as a result of the veterinarian’s failure to obtain informed consent from the client in relation to available options for overnight care of the patient and this demonstrated a lack of skill, judgement or care in the practice of veterinary science. 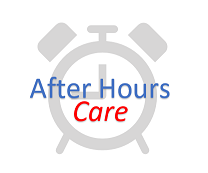 The Board advised all veterinarians of their obligations when discussing the afterhours care of animals with clients in Boardtalk December 2017 (“Who will look after my pet when you are closed?” ) and advised at that time “that veterinarians may think the clients know what arrangements are in place but it’s wrong to assume the client knows what your practice offers after hours”.

The Board’s advice to veterinarians was “… the client has a right to be fully informed. You should consider discussing, when appropriate, the benefits that the specific form of afterhours hospitalisation may provide to the animal and client, the level of supervision that will or could be provided during hospitalisation, the various other options available, and the costs of these various options.” It is the veterinarian’s responsibility to ensure that the client is fully informed.

Options may include (but are not limited to):

A veterinarian was reprimanded as result of breaching the Australian Rule of Racing AR175(l) and in doing so contravened the Veterinary Practitioners Code of Professional Conduct (Code) (cl 14). The veterinarian was charged by Racing NSW stewards and found guilty of 12 breaches of the Australian Rules of Racing including AR175(l) on 21 September 2015. The veterinarian voluntarily stood down from all duties associated with the provision of veterinary services to racehorses 1 August 2015.

Protracted legal proceedings with Racing NSW and Racing Victoria delayed the Board’s investigation of the complaint made against this veterinarian. The Board was advised that legal proceedings concluded February 2018 and a penalty of 4 years disqualification from all duties associated with the provision of veterinary services to racehorses was determined.

The veterinarian was subsequently found by the Board to have breached the Australian Rules of Racing and in doing so breached the Code (cl 14) which is defined as professional misconduct by the Veterinary Practice Regulation 2013 (cl 11).

The radiographs taken of the dog’s pelvic limb did not support a diagnosis of osteosarcoma and no pathology was performed prior to or after surgery.  The veterinarian was found guilty of professional misconduct in breach of the Code in that he:

Whilst the Board may dismiss a complaint against a veterinarian it may also make a recommendation to the veterinarian for the purpose of reducing the likelihood of similar adverse events or similar complaints.

Two complaints were investigated in this reporting period that were dismissed by the Board however both involved concerns that are recurring themes with respect to complaints - namely lack of communication and the lack of a written estimate for the cost of veterinary services.

A recommendation was made to the superintendent of an emergency hospital to recommend he review the hospital’s complaint handling policies to ensure timely and adequate responses are made to a client’s concerns.

A recommendation was made to a veterinarian to obtain, where practicable, written consent for treatment including an estimate of the costs of services to be provided and to ensure that communication is sufficient to ensure clients do understand fully the reasons and nature of treatments recommended.

Complaints may arise due to poor communication regarding the treatment given, diagnostics performed, prognosis or the cost of services to be provided.   An estimate of the cost of veterinary care including diagnostic tests and treatment where practicable is a requirement under the Code (cl 16).

Board communications previously have recommended written consent and estimates for all hospitalised cases.

While providing an estimate of costs for all minor procedures and treatments carried out during routine consultations may not be common practice, the provision of an estimate is not likely to be impracticable and all consultations, treatments and diagnostic tests can be considered veterinary services.  As such, an effort should be made to provide an estimate (verbal or written) of costs to the client, in addition to client consent, prior to any service. Verbal consent for treatment and estimates of costs of veterinary services is compliant with the Code but the Board strongly recommends the use of written consent forms.

It can be difficult to provide an estimate for the total care of patients where the extent of the treatment that may be necessary is not predictable however the estimate of total costs to date should be updated (daily or more frequently) to the client and permission for additional diagnostic tests and treatment should be obtained before they are performed where practicable.

On occasion the extent of treatment recommended may change between the time of consultation with the client and examination of an animal under anaesthesia.  In most situations it would be regarded as practicable to contact the client during for example a dental treatment or other elective procedure prior to continuing if consent had not been specifically obtained initially (e.g. on admission) for the extent of any treatment to be undertaken.

For elective procedures, if the client cannot be contacted and had not specifically consented to more extensive treatment if deemed necessary, then any treatment which had not been previously discussed should be deferred. 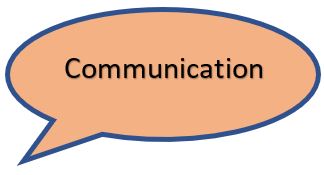 Communication is critical to enable a client to understand the animal’s condition, all the treatment options available and the costs involved.

Communication is also important between veterinarians to provide a continuity of care both for the animal and the client where multiple veterinarians are involved in a patient’s care and especially where a procedure may be performed by a veterinarian that has not had any consultation with the client previously.

Communication with clients should be in terms that are understood.  The understanding of clinical conditions, diagnostics and treatments recommended varies considerably amongst clients and discussions should always be thorough.

It is recommended that communications with clients be noted in an animal’s medical record.  Where practicable, for animals that have been hospitalised for or have had a surgical procedure, clear written instructions should be given to clients to ensure appropriate ongoing treatment, to advise of what to expect after treatment, and to advise of what to do in the event of any concerns after discharge.

In the event of client concerns regarding an animal’s treatment or the outcome of veterinary treatment timely response to these concerns may prevent escalation of grievances to formal complaints which can be very stressful for both the clients and veterinarians involved.