Home › issue 49 - from the registrars desk

Issue 49 - From the Registrars Desk 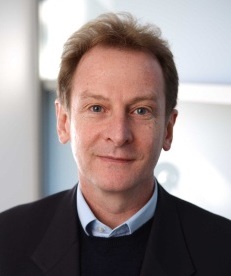 The Board collects a significant amount of information each year from the veterinary profession through changes to the Register, Annual Returns and its hospital licensing function.  We also have some interesting information for the profession and the public on complaint investigations.

As at 30 June 2018 there were 3,920 registered veterinary practitioners in NSW (3,784 in 2017).  This includes 417 veterinarians with honorary registration (441 in 2017) and 127 registered veterinary specialists (163 in 2017).   The number of registered specialists has fallen slightly compared to typical increases each year as those who have applied for honorary registration have now been placed in that division of the Register. 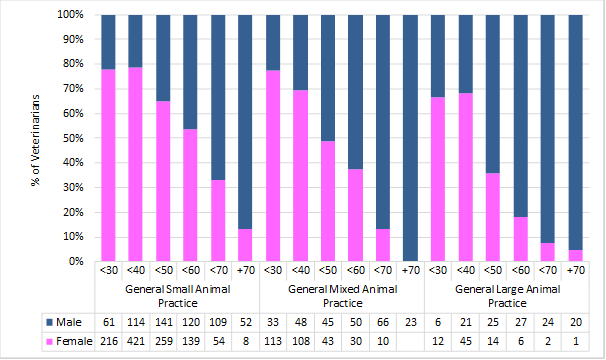 Another interesting way to look at the distribution of veterinarians in NSW is through the remoteness index.  This index was developed to describe access to a range of services and specifically how far a person has to travel to centres of various sizes.[1] These data can be seen in the graph – All Veterinarians, Gender, Age Group and Remoteness of Practice 2018.

All Veterinarians
Gender, Age Group and Remoteness of Practice
2018 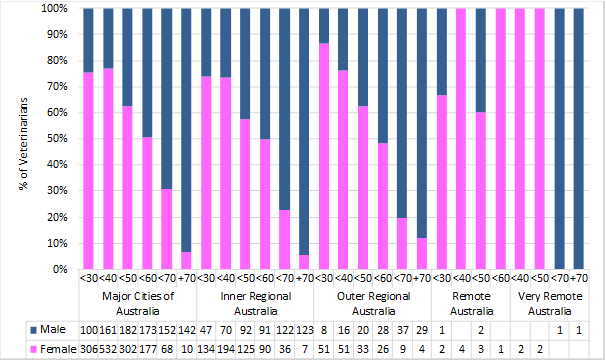 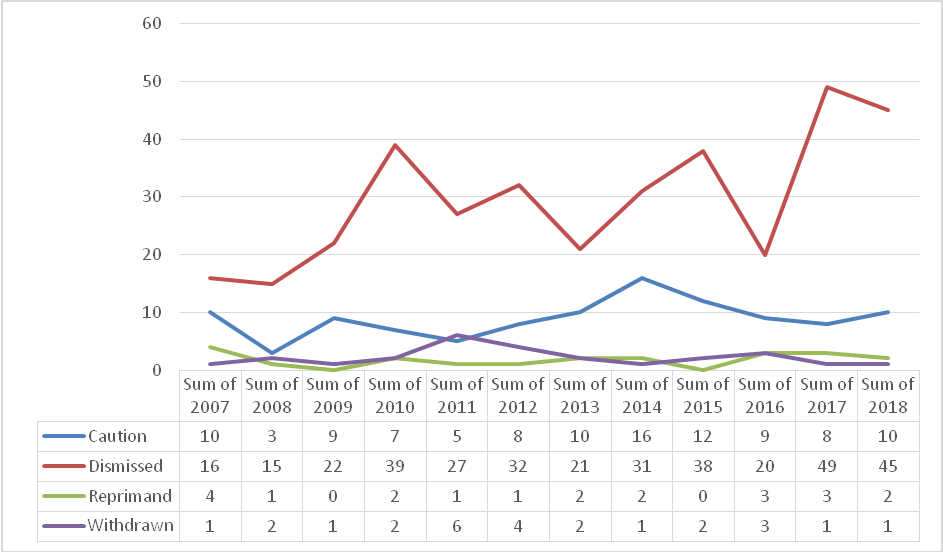 A new Board was appointed in July 2018 with all but one member being returned for another 3 year term.  I would like to welcome all Board members and particularly Jane Lord, our new member, who represents academics in veterinary science and is based at Charles Sturt University.  Jane replaced Jules Beatty of the University of Sydney and the Board and the public benefited significantly from Jules’s practical wisdom and resolute attention to the profession’s role in promoting animal welfare.

Finally, this is also an opportunity to thank the Board members, and staff members Mary, Glenn, Melanie, Des and Kathryn for their valuable contributions to the work of the Board during this past year.

Wishing you a safe and happy Christmas.